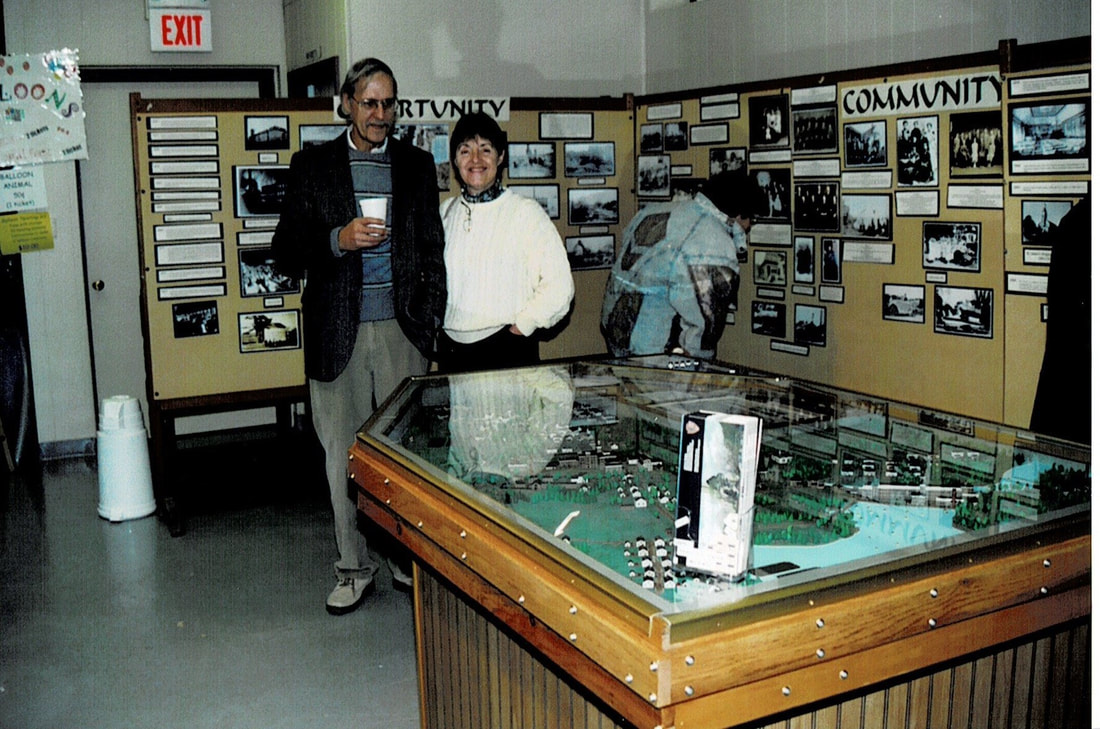 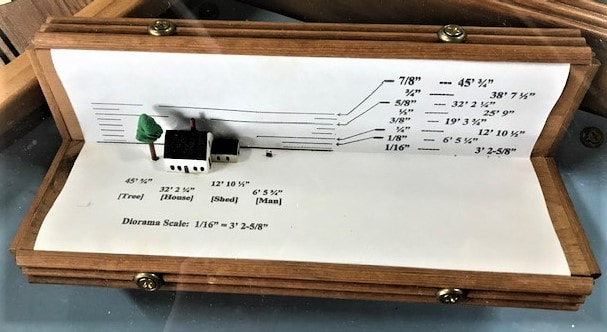 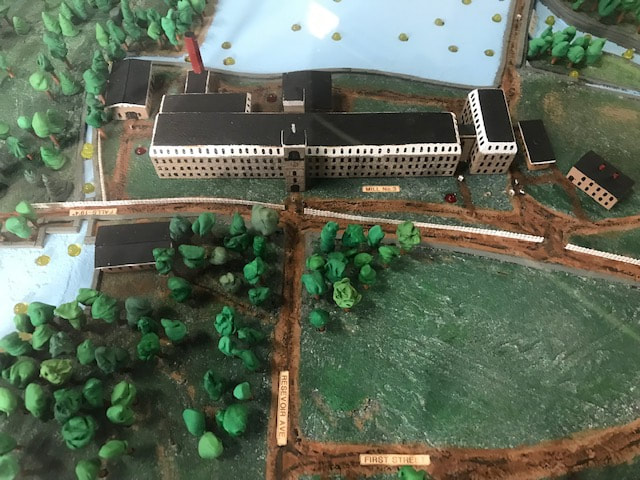 Named a National Historic District in January 2018, the Village of Manchaug was developed in the 1820s around textile mills on the Mumford River, it was the largest industrial area in Sutton, with at least three mill complexes in operation.

The workers were mainly of French-Canadian descent.  The district was a "petite Canada" with French being the main spoken language and Catholicism the main religion.

The district is centered on the junction of Main Street with Manchaug, Putnam Hill, and Whitins Roads. To the north, west, and south of this junction stand collections of mills, mill sites, and worker housing. The surviving mill buildings are typically large stone structures, while the housing units a multifamily wood-frame dwellings with gabled roofs.
The mill operators also built some single-family housing, for supervisory and specialized technical personnel.

The Greek Revival Manchaug Baptist Church is one of the buildings not related directly to the mills; it was built in 1842 to serve the workers

The St. Anne's Church Complex, which consisted of the church, a rectory, convent and school, was burned in the devastating fire of April 17, 1924 which burned 10 acres of the "Flats", the non-company owned retail section of town, on the Wednesday of Holy Week.  Church services were held in the Community Room of the Manchaug Store until the early 1950's when a new St. Anne's Parish was built on the site of the ruins.  This parish was closed in 2013 and is now the St. John's Anglican Church. 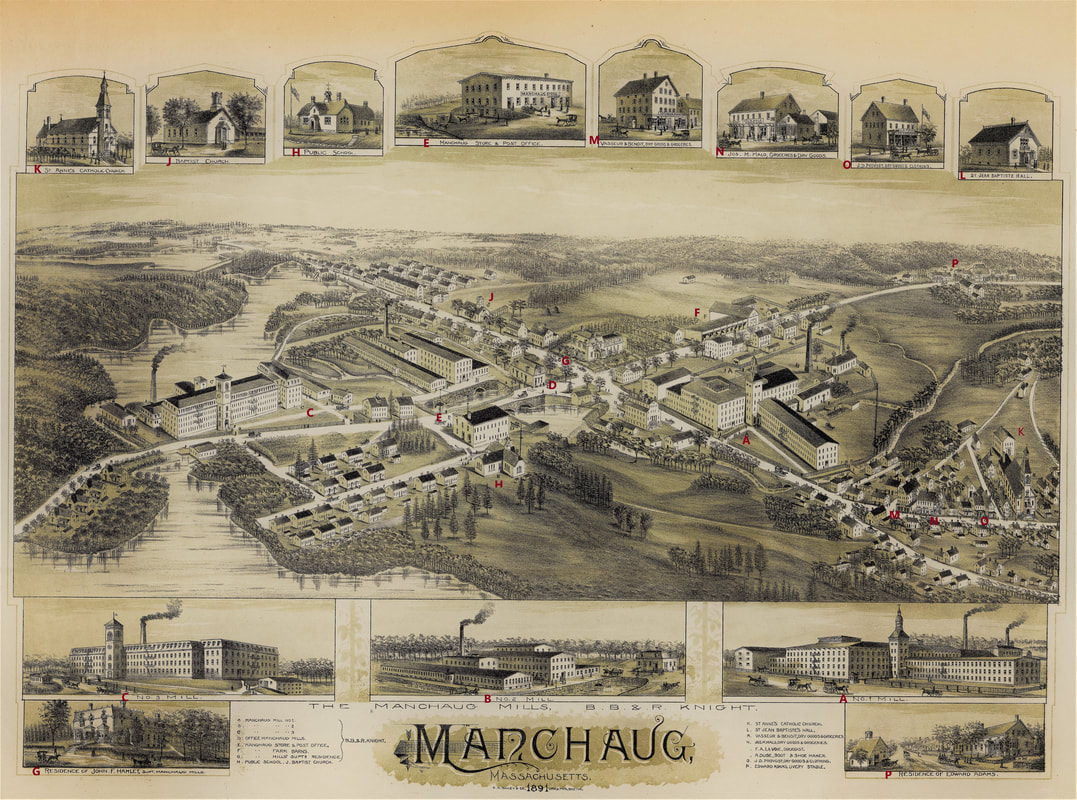 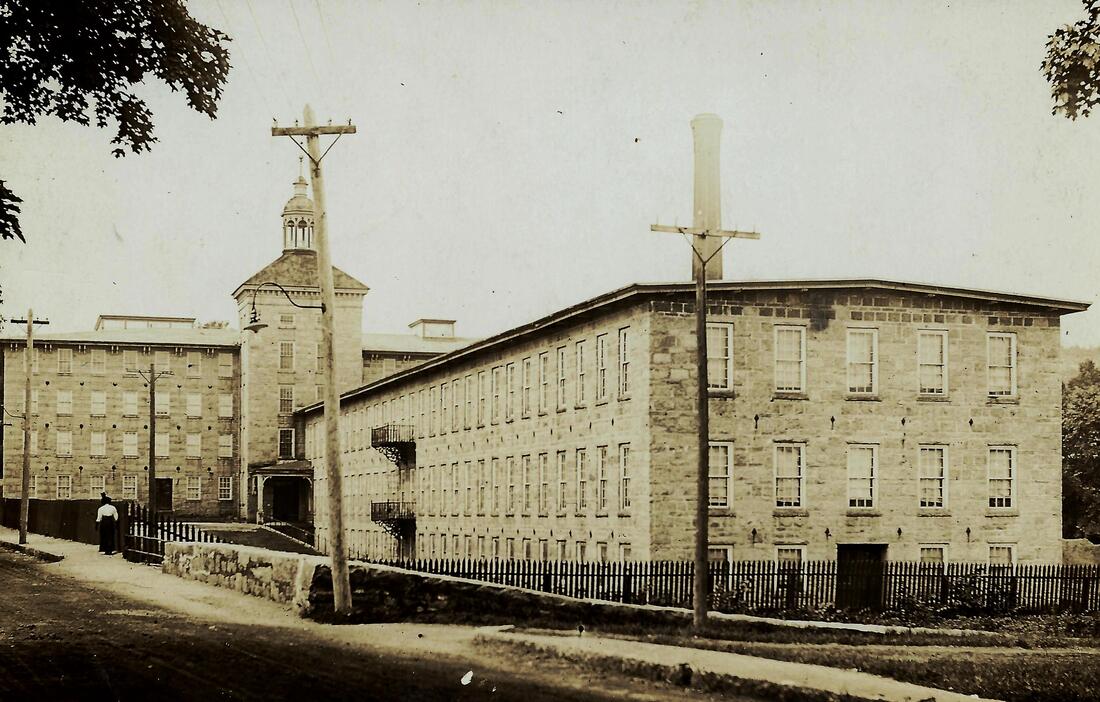 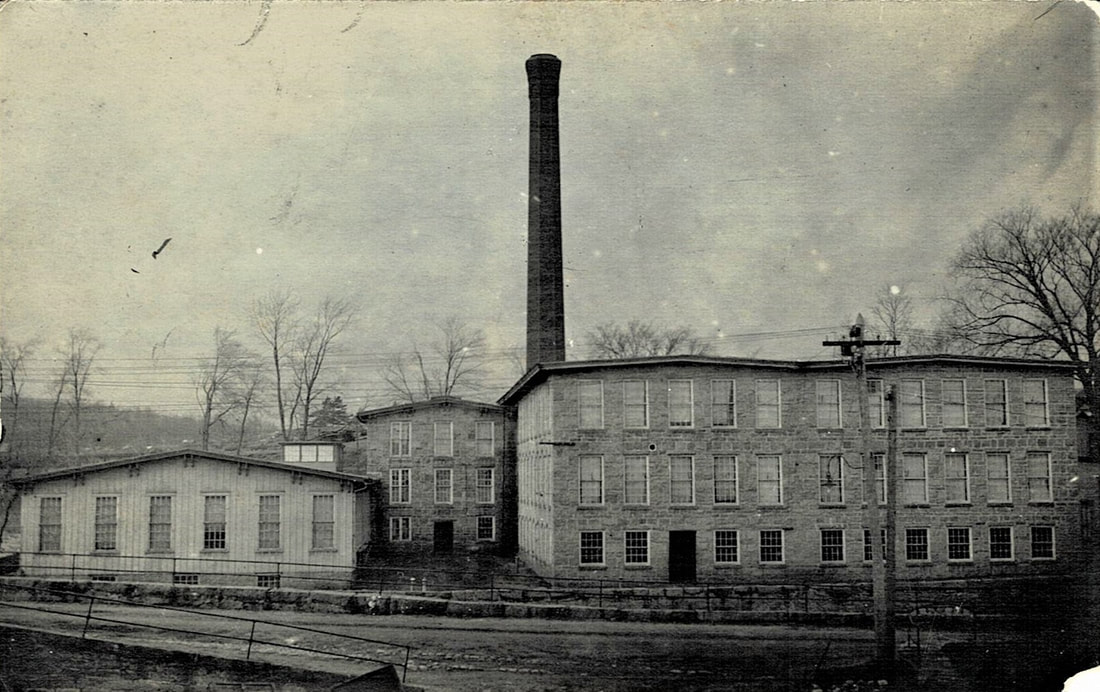 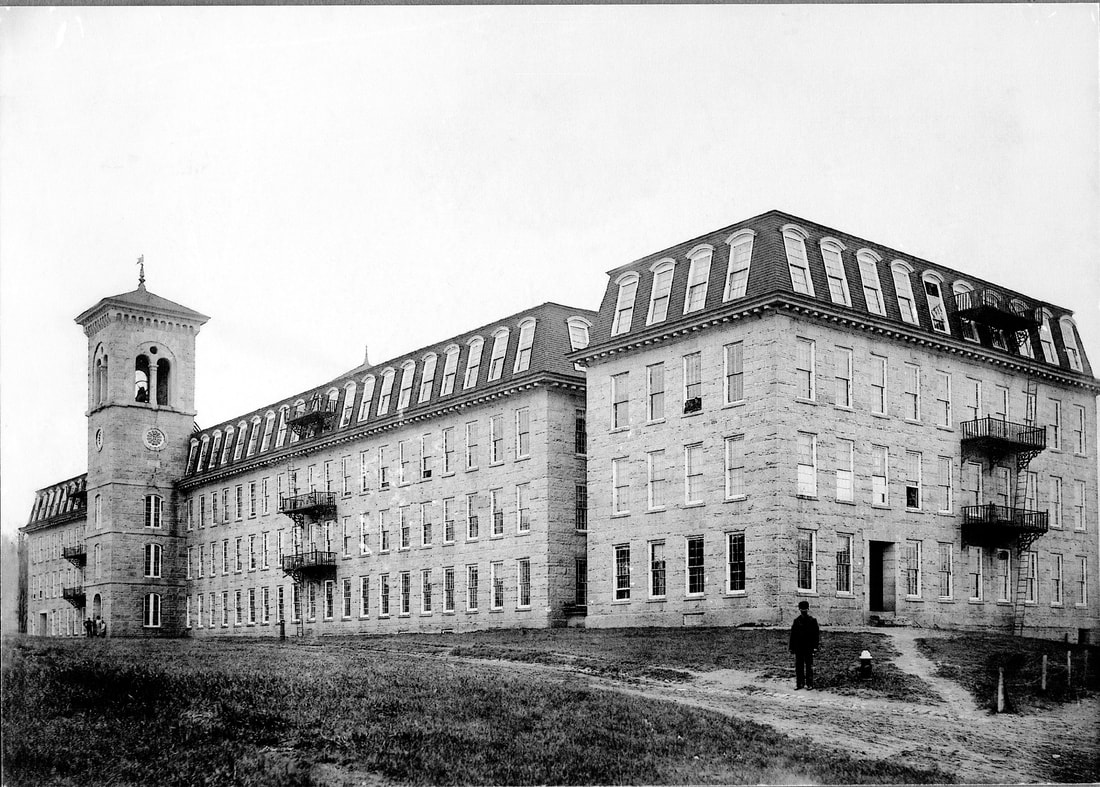 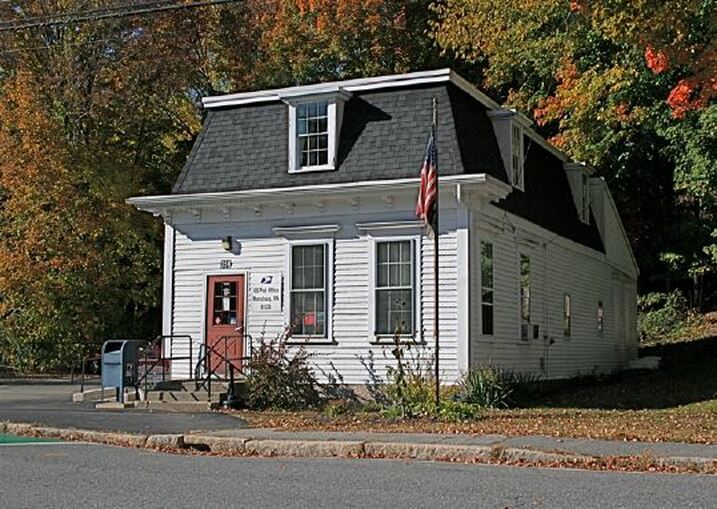 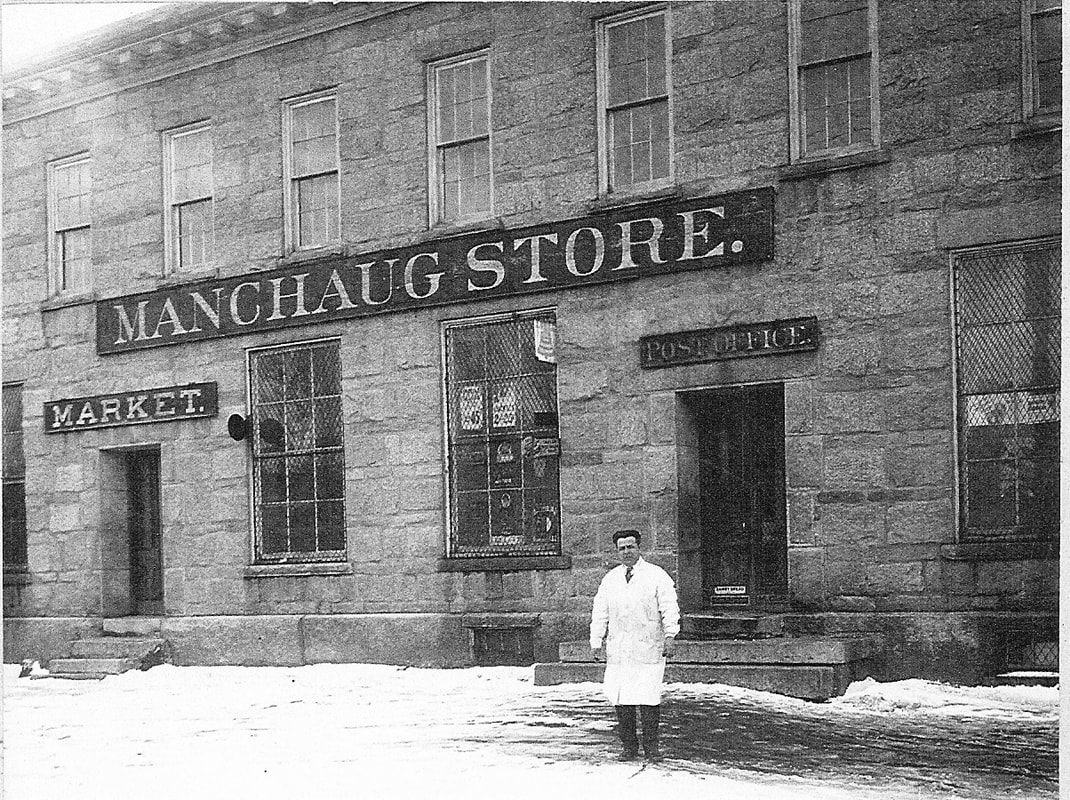 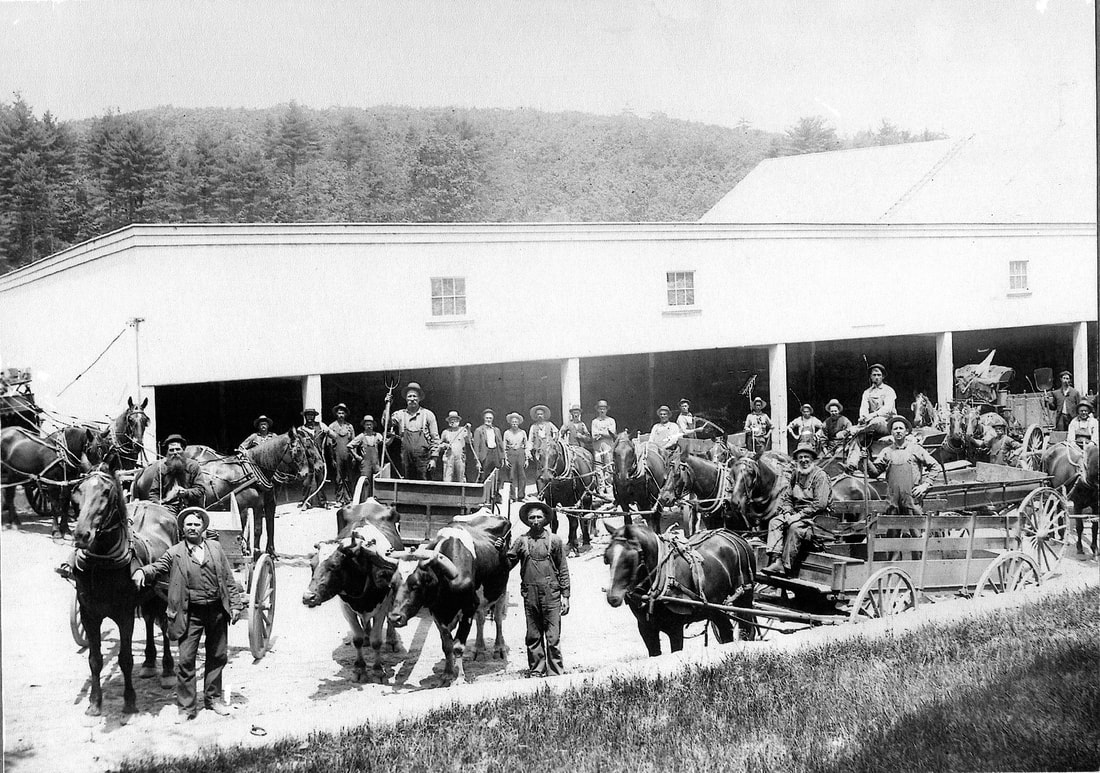 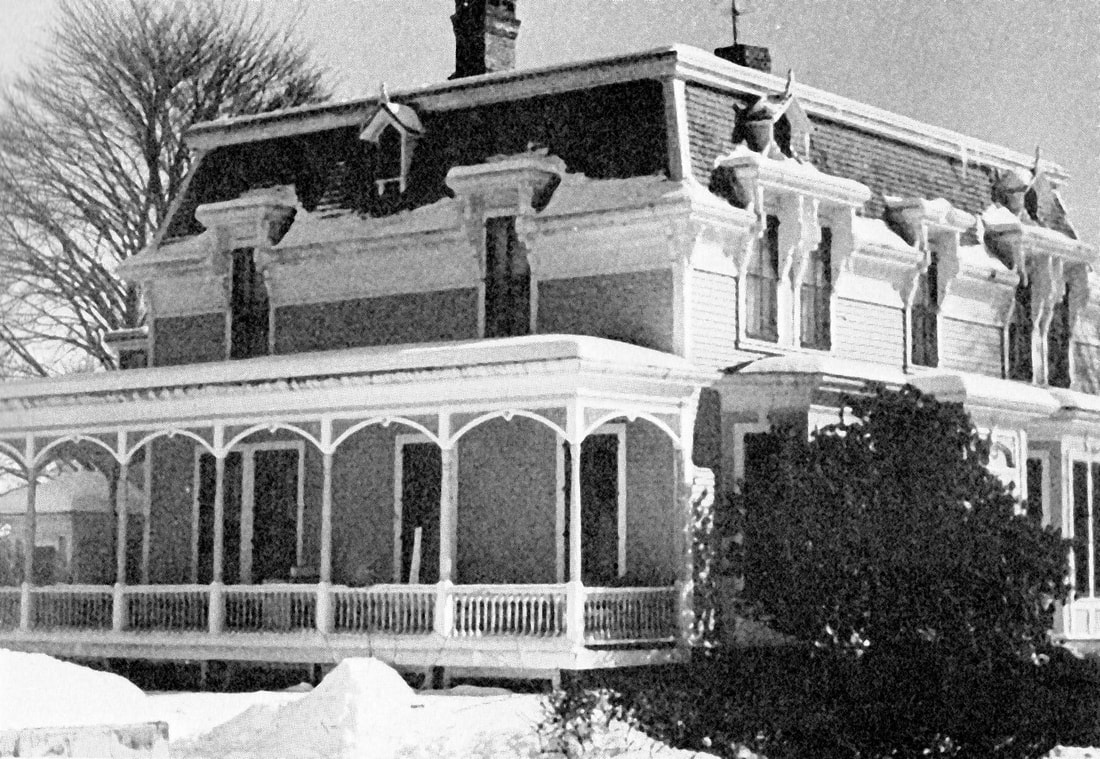 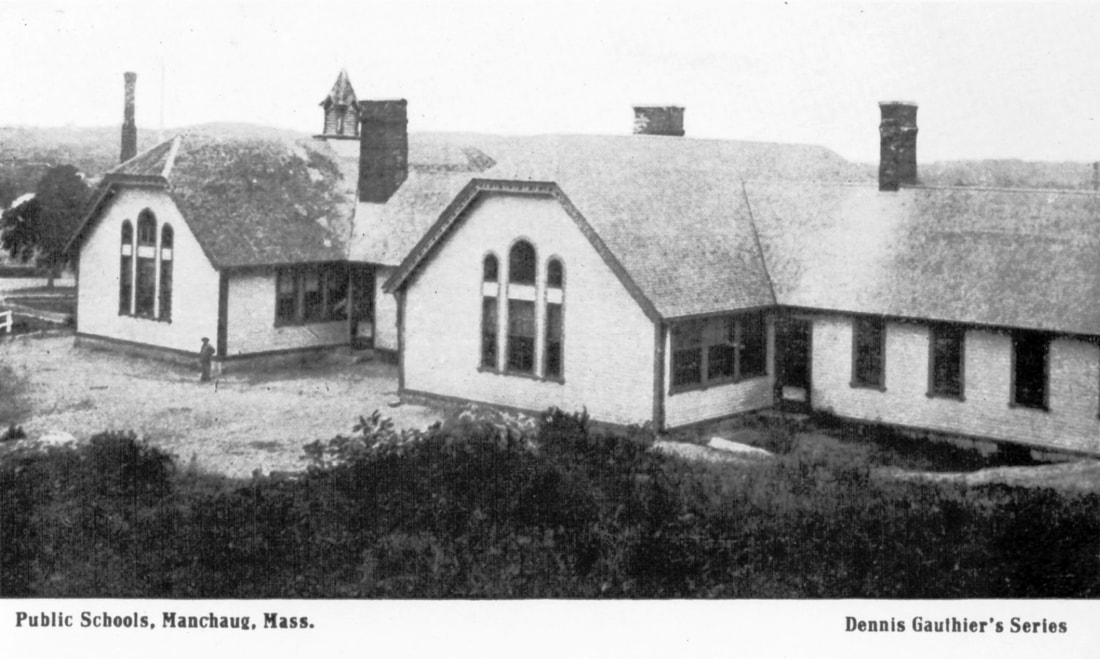 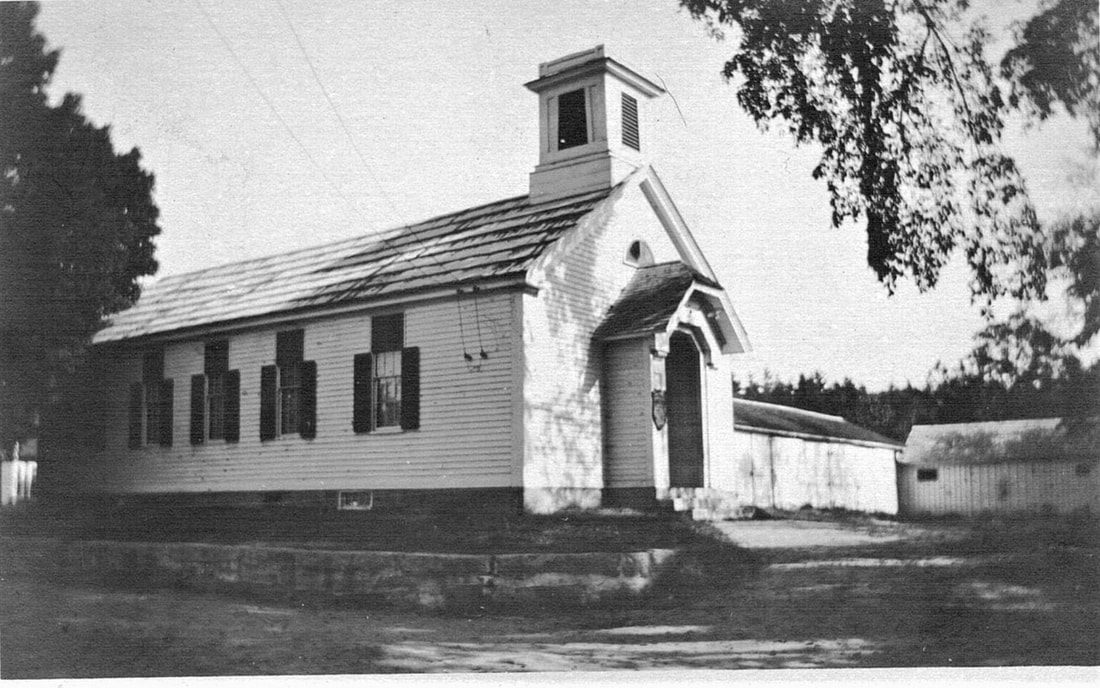 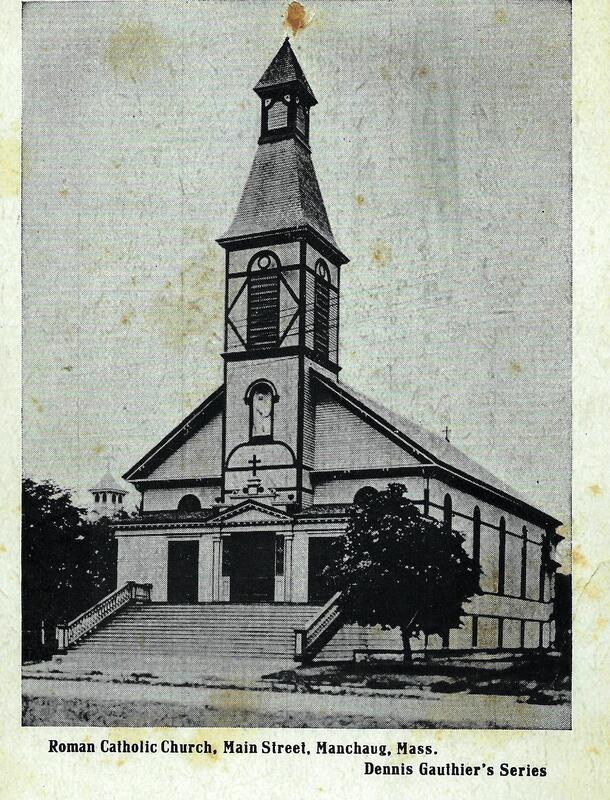 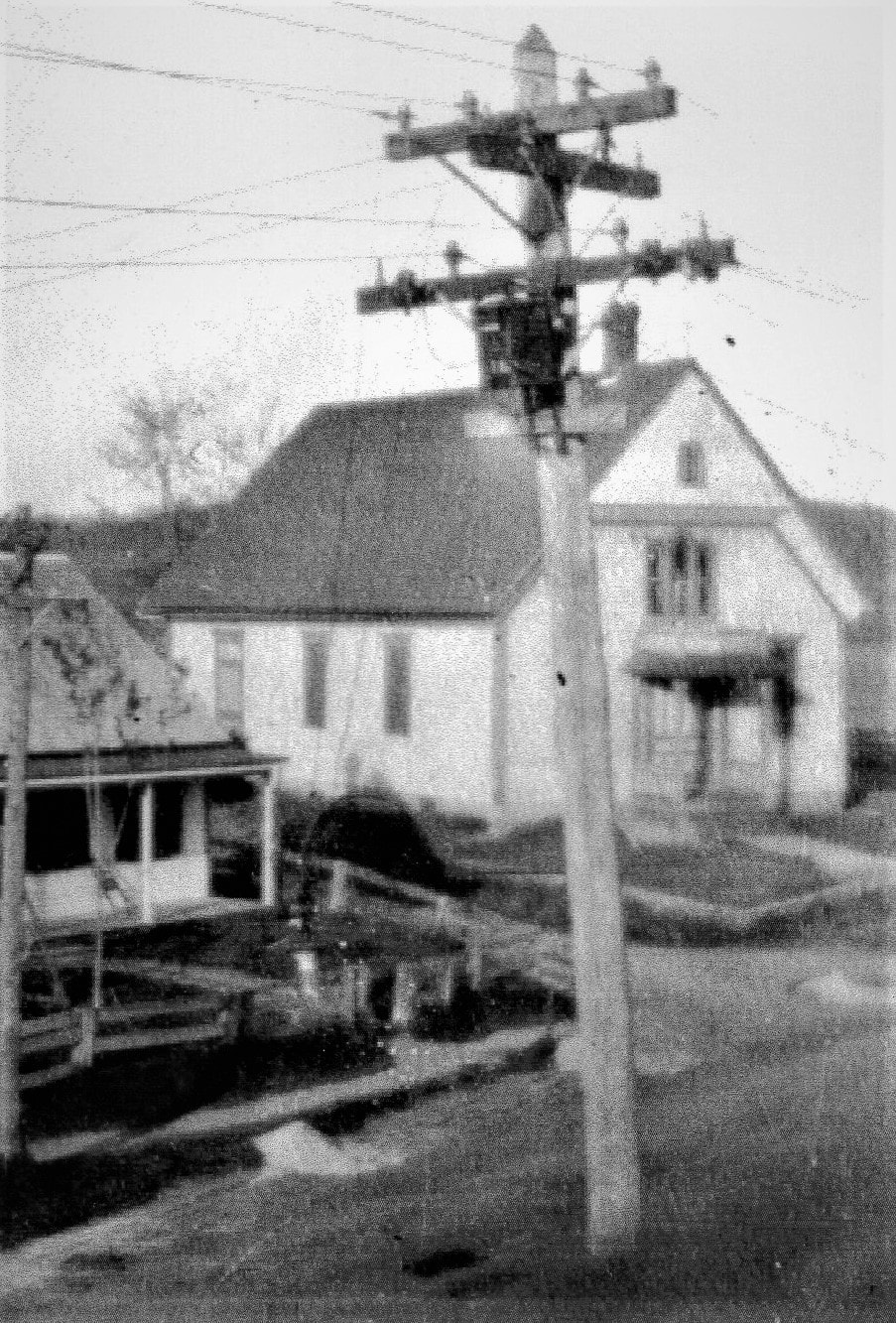 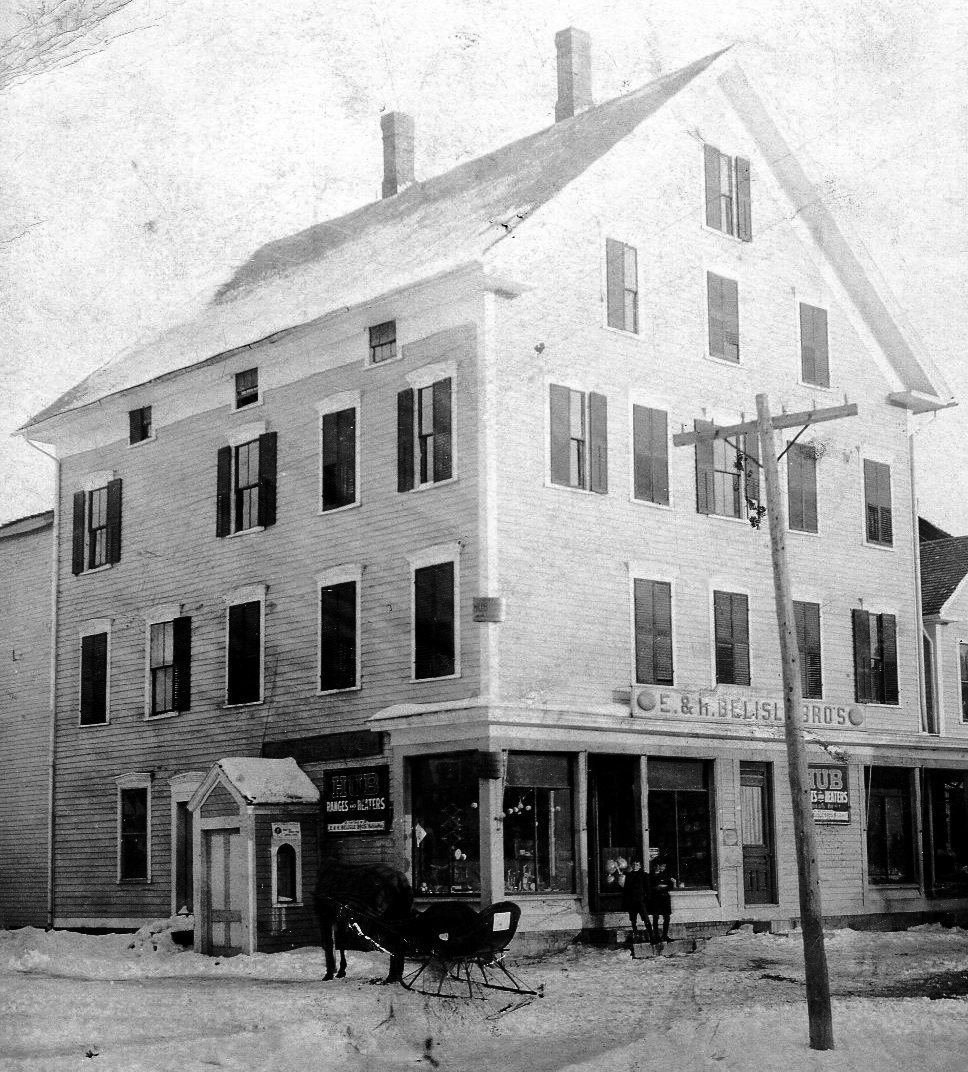 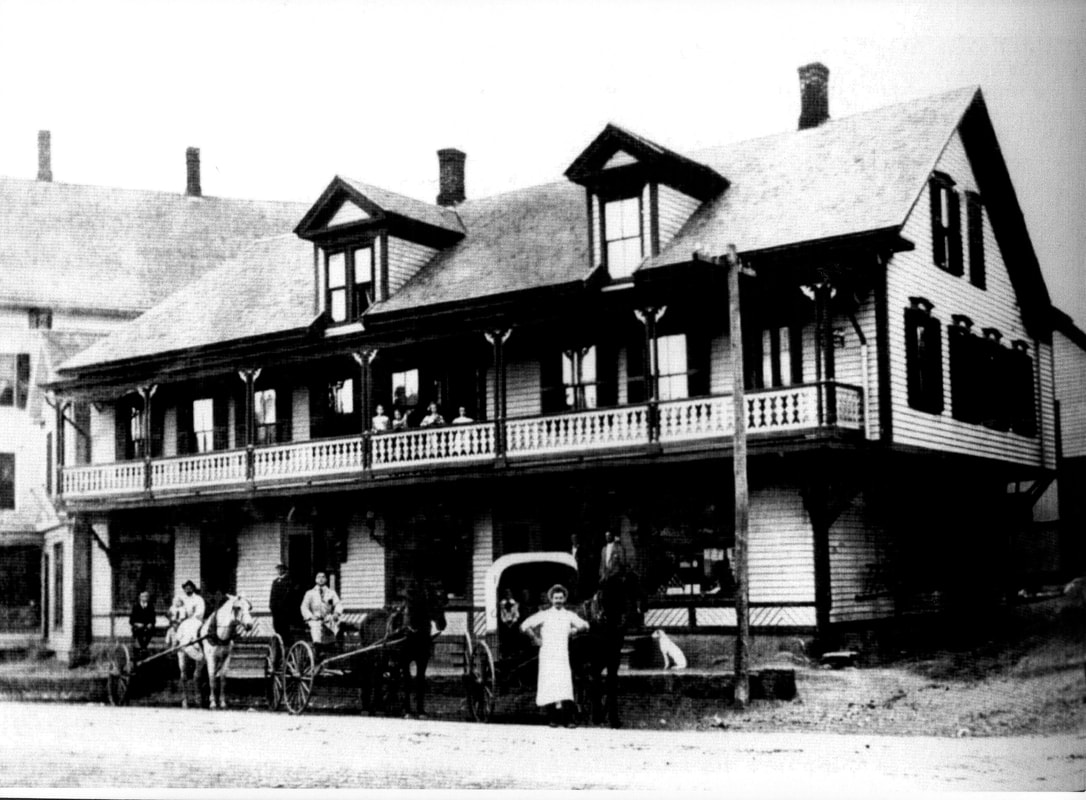 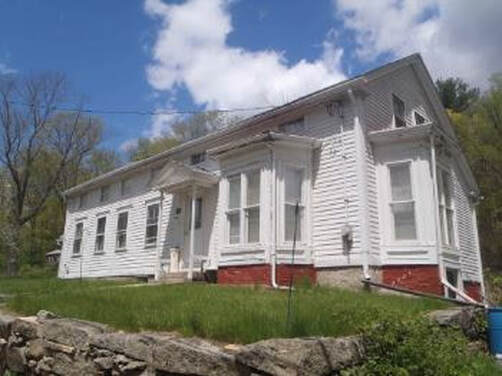