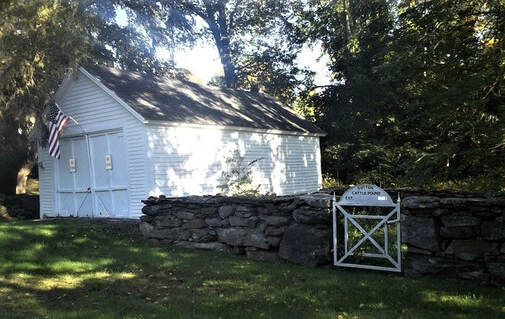 Next to 323 Boston Road - Adjacent to Town Cemetery 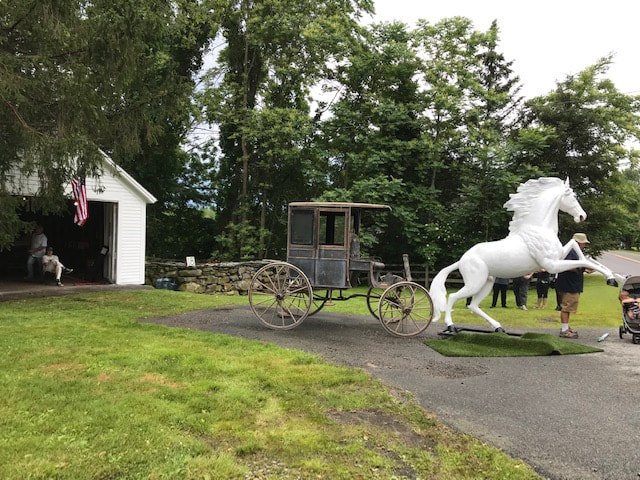 Page 24 - Voted March 17, 1719 to rays (sic) a rate of three pounds to defray the charges of building the pound and other charges.

Page 140 - March 4, 1811 - Voted to furnish themselves (the town) with two carriages or hearses, one for each Parish, and erect suitable buildings to deposit the same in. 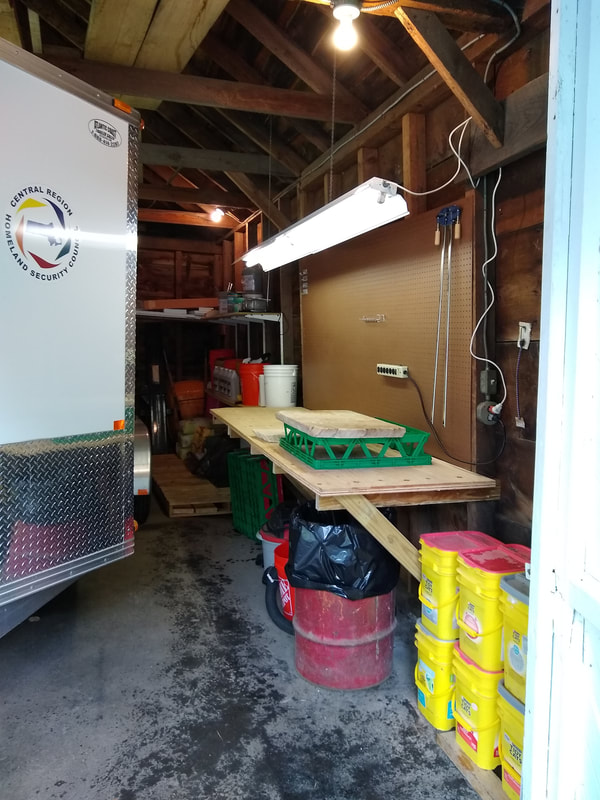 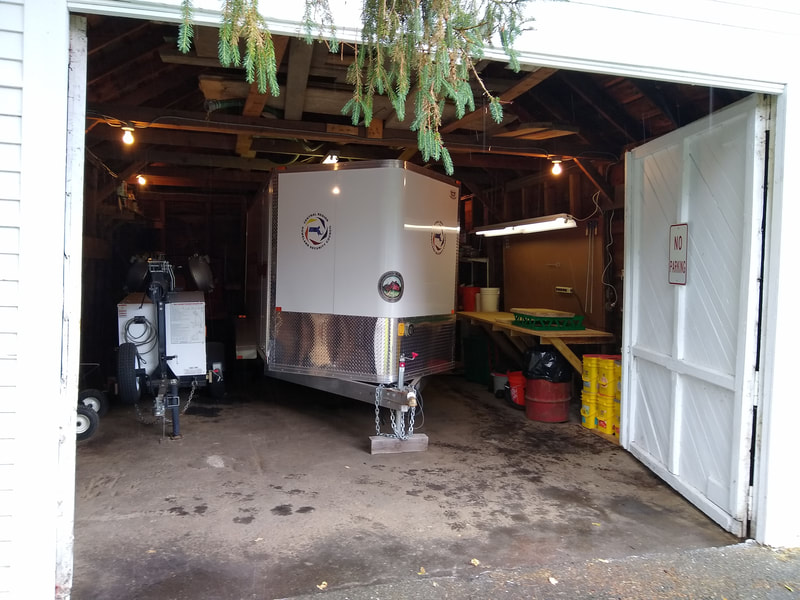 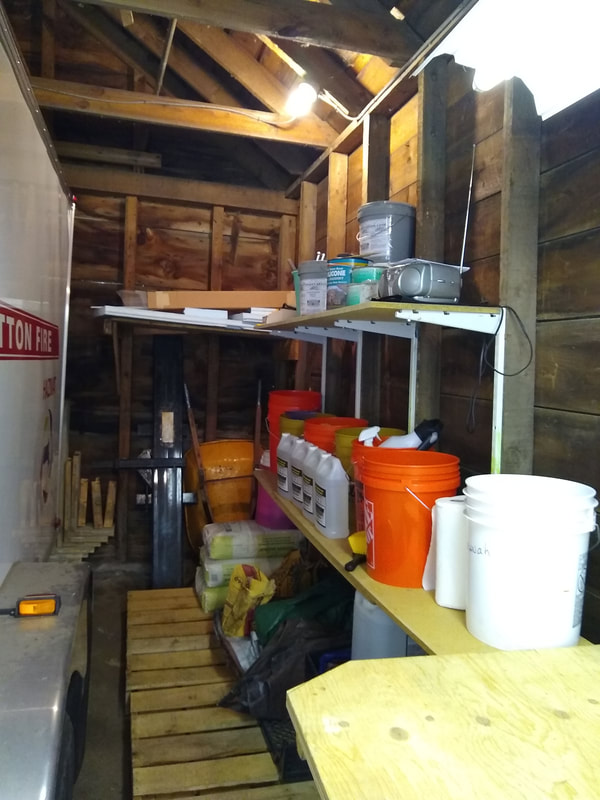 The Cemetery Restoration Project is currently utilizing the Hearse House as a workshop.

Not everyone knows that there was a law in Colonial times (1635) ordering every town to have a pound.  These structures are currently forgotten, ignored, and obsolete curiosities.   At a Town Meeting on March 17, 1719, at the house of Samuel Sterns, the town voted the following:  Choice of Town Officers, 100 pounds per settler to defray the cost of building a Meeting House, and voted to have a minister for three months.  The 4th article was as follows: “Voted also the same day to rays (sic) a rate of three pounds to defray the charges of building the pound and other charges.”

The Common officially extends West as far as the present pound.  In a deed signed by John Gibbs who resided in the house at 334 Boston Road, the 1719 pound was west of the driveway at 324 Boston Road, my childhood home.  The present pound is across the street.  The town common was where anyone could graze livestock, which could lead to conflicts.  Any troublesome animals or fowl, could be penned up in the pound.  There they would be ransomed by paying a charge to the town.  Each town would set their own fees and if you stole another’s animal, there was usually a very high fine.  If after a set number of days, no one claimed the offender, the animal could be sold.
Construction of pounds varied, depending on the vote of the town.  Some were round and some square.  A usual request was to make them “horse high, bull strong, and hog tight”.  In the 19th century, common lands went out of style and farmers put up fences to contain their livestock.  Many pounds were hidden in brush that grew up, dismantled by property owners and otherwise forgotten.  We are fortunate that the present pound is in a prominent location in front of the oldest cemetery, next to the hearse house, and next to a house that was owned by John Hancock all during the years of the Revolution.

Living across the street, we had several occasions to use the Pound for its intended purpose, mostly for runaway horses.  My Dad, (Jim Smith who was Chairman of Selectmen at the time), installed the gate and cut the trees that had grown up inside, prior to the 1954 Bicentennial.  The reviewing stand for town officials viewing the parade was built in front of a lovely, huge Elm tree that was next to the pound.

The present pound is supposed to have been built by Jonathan Wales Paine who also built the walls at the Pigeon Hill Cemetery on Mendon Road.  In an excerpt from the 1911 Selectmen’s Report: “The wall around the old Pound has been repaired, which brings back to some of the older residents of the Town, memories of the time when cattle found roaming at large were driven there and kept at the expense of the owner.”

For those of us growing up on Boston Road during the ‘50 & ‘60’s, the corner of the wall of the pound was first base in kickball or softball games, and the area near the cemetery and hearse house a place for hide-and-go-seek.

​The Hearse House was where the horse drawn hearse was stored (I’m not old enough to remember that) and then used by the cemetery commission to store equipment.  Today it is still used for storage.  My Dad retrieved the cannon, now known as Big Ben, from where it had been sold as scrap by a resident who had the cannon near their yard.  It was placed in the Hearse house and over time sunk into the dirt floor.  Ben MacLaren remembered where it was and the Historical Society restored it.  It now has its own shed next to the M. M. Sherman Blacksmith Shop at 6 Singletary Avenue.  It is fired on Memorial Day and “Last Night” at midnight.