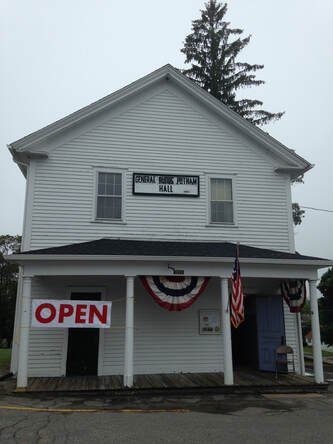 4 Uxbridge Road
For information about touring the museum, contact sutton1704@gmail.com
​Museum Curator, Joyce Smith
Built in 1823 as a joint effort of the
Olive Branch of Masons
and the
Sutton Centre school district 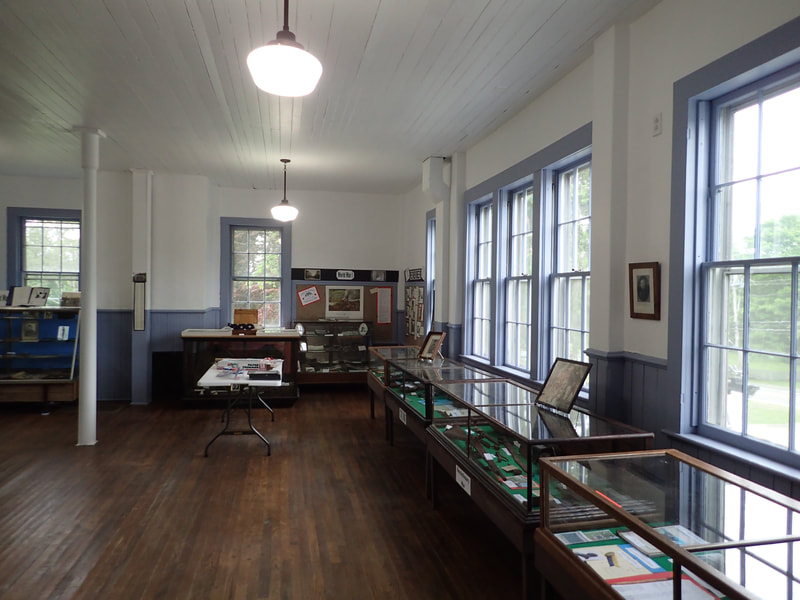 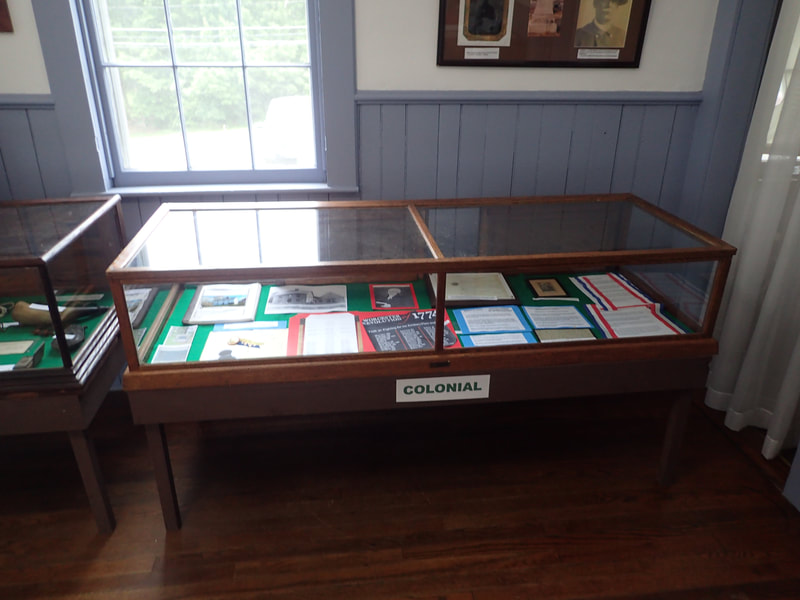 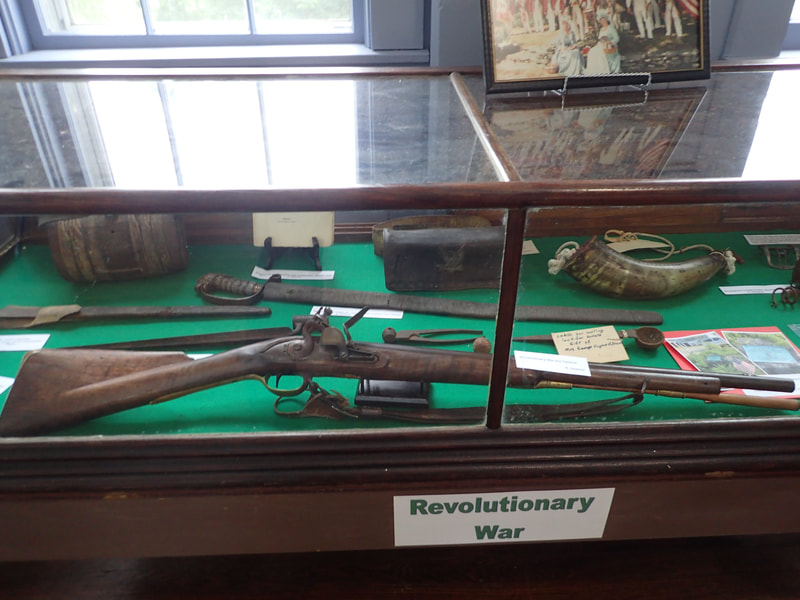 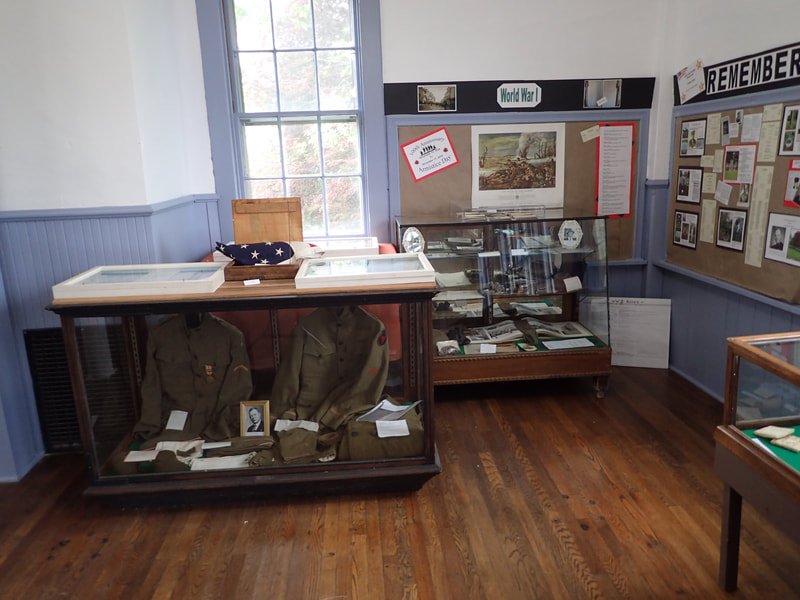 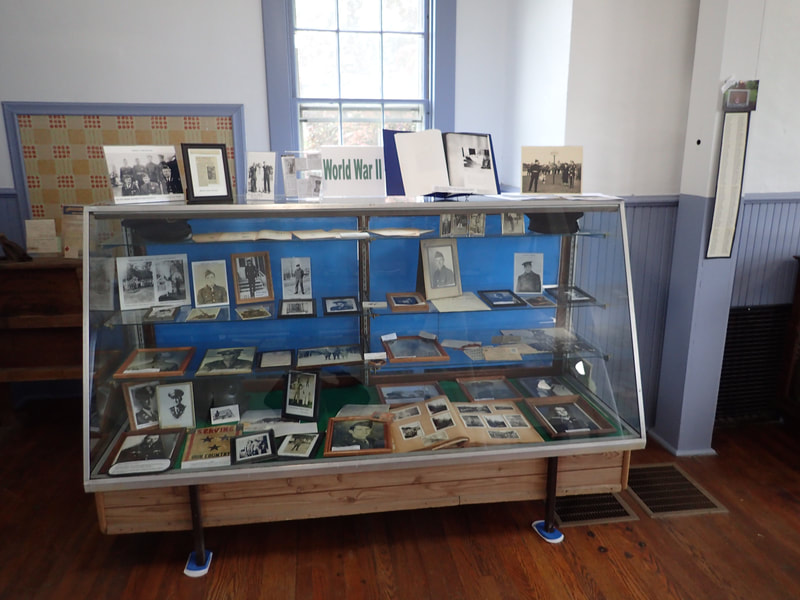 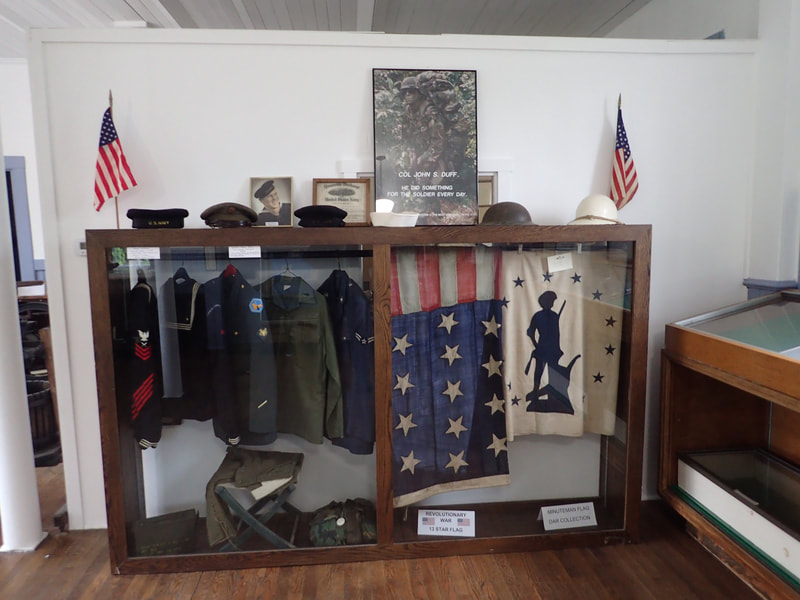 Excerpt Sutton Town History - Volume 2 page 476
Building of School, joint ownership, sale of Masonic interest in building
"The story of the second schoolhouse at Sutton Center, now the General Rufus Putnam School, we find in the History of the Olive Branch Lodge of Master Masons, published in 1947.  The Lodge, sometime between 1815 and 1820, established its headquarters in the Samuel Waters Tavern in West Sutton and moved after 1822, to the Jacob March Hall in Sutton Center.  About this time, it was decided to build a new Masonic Hall. "A committee of brethren was directed to go forward and build a hall in company with the school district in the Sutton Centre, and have power to expend the funds of the Lodge for the same, said building not to be more than 45 ft. long and 26 to 27 ft. wide.  It was an expeditious job, for by January 1st, 1824, the Lodge was installed in its new quarters.  The cost is placed at $714.92.  There seems to have been no ceremony attending the opening of the new hall beyond an invitation to Rev. Mr. Mills to deliver a prayer, which he pronounced in the presence of the Fraternity and inhabitants of the neighborhood."

"The hall in Sutton Centre became a bone of contention between the two owners, culminating in the sale of the Lodge's interest in January 1851."

Between 1851-1910, the building functioned partially as a school.  In 1872 the upper floor became the High School and lower floor was used for grades 1-8.  The first graduating High School class of 5 students was in 1876.

Excerpt Sutton Town History - Volume 2 Pages 564-565
Daughters of American Revolution Lease
On December 15, 1909, a group of 21 eligible women formally organized the General Rufus Putnam Chapter, Daughters of the American Revolution (D.A.R.).
At town meeting, March 1910, the old school building in Sutton Center was leased to the Chapter for the period of 10 years at the sum of $1 per year.
In 1934, the growth of the town necessitated the use of the building as a school and the
​D. A.R. vacated the premises.
​ 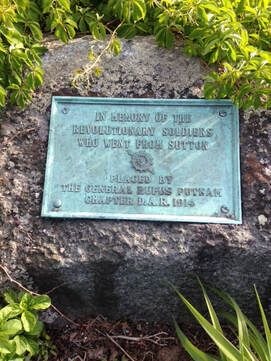 September 11, 1986 Town Warrant
Historical Society granted use of the General Rufus Putnam Building under the supervision of the Historical Commission.
The Sutton Historical Society, Inc. continues to occupy the building today operating as a museum housing historical artifacts relating to Sutton.
Nora Pat Small, Phd, was the first curator.
She catalogued and systemized the Museum collection until her departure in the fall of 1995
Paul Brosnihan served as curator for over a decade
Joyce Smith currently serves as the curator